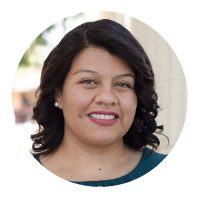 Angélica Amezcua is a researcher and an educator of Spanish as a Heritage Language. She is also a linguistics activist who works in and outside the classroom towards reclaiming and promoting the use of Spanish in a society with low ethnolinguistics vitality. Angélica is a Ph.D. Candidate at Arizona State. In her current research, she examines how university Spanish heritage language courses could play an important role in not only promoting the use of Spanish in the United States and counteracting the devaluation of minority languages, but also in contributing to narrowing the Latinx student achievement gap. More specifically, she analyzes how students understand and identify what types of capital (e.g., knowledge, learned experiences) they bring to a Spanish language course, and how they see the course shaping their own views of their capital. 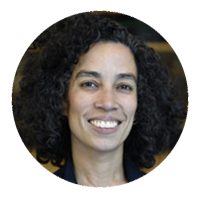 Ariana Mangual Figueroa draws from the fields of language socialization and linguistic anthropology to examine language use and learning in Latinx communities living in the United States. Her ethnographic research seeks to understand the ways in which the lives of children and adults in mixed-status families are shaped by citizenship status and schooling practices during everyday, routine interactions. Her work has appeared in  Anthropology & Education Quarterly, Language Policy,  and the  American Educational Research Journal. She is currently a co-Principal Investigator of two longitudinal research projects: The first is called the “Putting Immigration and Education into Conversation Everyday” (PIECE) Research Project, funded by the W.T. Grant Foundation, and the second is the City University of New York Initiative on Immigration and Education (CUNY-IIE; see  http://www.cuny-iie.org). Prior to obtaining her Ph.D., she taught English as a Second Language and Spanish in public schools in the Bronx and Brooklyn. 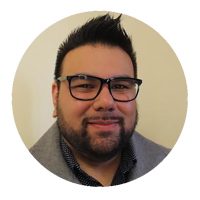 Sergio Loza (Ph.D., Arizona State University) is Assistant Professor of Spanish Linguistics in the Department of Romance Languages, where he directs the Spanish Heritage Language Program. He received his Ph.D. in Spanish Heritage Language Education with a minor in Spanish Sociolinguistics. As a first-generation college graduate, a son of Mexican immigrants, and a grandson of two Bracero workers, his cultural roots and linguistic experiences are those of a heritage speaker of Spanish. His identity informs his scholarly inquiry as well as his advocacy for educational excellence for Spanish heritage language learners. His research interests include Spanish heritage language education and research, Spanish sociolinguistics, critical language awareness, critical discourse analysis, language ideologies, language attitudes, sociolinguistic style, Spanish in the U.S., and bilingualism. Sergio Loza has published in peer-reviewed journals such as Critical Inquiry in Language Studies, Language Testing, International Multilingual Research Journal, and Chiricú Journal: Latina/o Literatures, Arts, and Cultures. He is currently co-editing a book on Critical Language Awareness with Dr. Sara Beaudrie, under contract with Routledge. 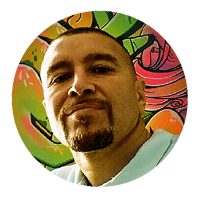 Raised in Alcorcón, Madrid, and a long-time resident of Brooklyn, José Magro holds a Ph.D. in Hispanic Linguistics with a specialization in critical applied sociolinguistics. He also holds a B.S. in Social Psychology, and he is a certified New York State 7-12 Spanish teacher with an M.Ed. His dissertation was titled “Language and Racism–Motivation, linguistic proficiency and awareness in the Spanish as a second language classroom: Integration of contents related to the socio-political nature of language in a content-based approach.” His primary areas of research are critical applied sociolinguistics, second language acquisition, bilingualism, language and identity, language ideologies, glotopolitics, Spanish as a heritage language in the USA, and, very particularly, Hip-Hop and explicitly antiracist pedagogies. He is also a well-known MC who, along with his rap group El Club de los Poetas Violentos, developed the foundations for Spanish rap during the early 1990s socio-politically charged peripheric Madrid scene. He is currently working on Language and Antiracism in the (Spanish) language classroom (Multilingual Matters, under contract), a manuscript focused on integrating antiracist practices in the language classroom.

Need help with the Commons? Visit our
help page Send us a message

Built with WordPress Protected by Akismet Powered by CUNY